The Architecture and Design of Man and Woman

The Marvel of the Human Body, Revealed 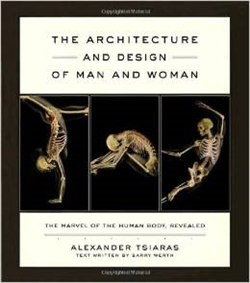 Autor:
Alexander Tsiaras
A glorious, unparalleled view of the human body . . . Revolutionary computer images from the creator of From Conception to Birth reveal the wonders and complexities of every system in the male and female bodies.

The human body is a marvel of engineering. From the muscular and skeletal systems of the hand working in concert to allow us to type, eat, and caress, to the circadian rhythms of the heart and digestive system keeping things moving despite our consciousness being elsewhere, our bodies are far more complex and awe inspiring than any man-made creation. Not since Andreas Vesalius’s On the Fabric of the Human Body, illustrated by the scholar in the mid-16th century, has there been a work examining human anatomy for both the scientific and lay communities. The Architecture and Design of Man and Woman is the ultimate illustrated look at the internal structures and processes that sustain us as living, thinking, social beings.

Using the most advanced medical and computer technology—including body scans, ultrapowerful microscopes, and molecular surveillance tools—Alexander Tsiaras, founder of a widely acclaimed medical-imaging company, hones in on the body’s intricately constructed systems and isolates structures that have never been seen before. In more than 500 astonishing images, he dismantles each system, highlights the anatomical difference between men and women, and rebuilds the body from the molecular level on up. Barry Werth’s lyrical, informative text enhances the power of the images, providing an array of startling and fascinating facts.

The Architecture and Design of Man and Woman is a milestone in science, art, and technology. As Werth writes in the Introduction, “For the first time we see the body not like something, or represented by human hands, or as a grainy negative or video, but very nearly as it is.”
webová stránka:
www.alexandertsiaras.com/books.php